Lisbon is awesome. There is no the best way to start a new post about the Portuguese Capital. Lisbon is well known like the new cool Capital of Europe, with a good growing economy, especially for the hi-tech and new remote job, low tax and good lifestyle.

The city is going to be remodelling in a new smart city.

The ancient buildings are going to be refurbished and restyled in new and efficient food courts or office places. New Hotels are coming to invest in this capital, building up all sort of boutique hotels and the waterfront along the Tejo River is going to have a beautiful makeover.

The city is going to be expanded without losing the ancient style and colourful buildings.

Here in Lisbon, you can find the contrast between the old and the new, with historical castles in the skyline and modern art museum in front of you, with a vibrant nightlife and attention to every detail.

Lisbon is selected as the best European spot of the last few years, choice by a lot of remote worker as a new and cheap but fast-growing home. 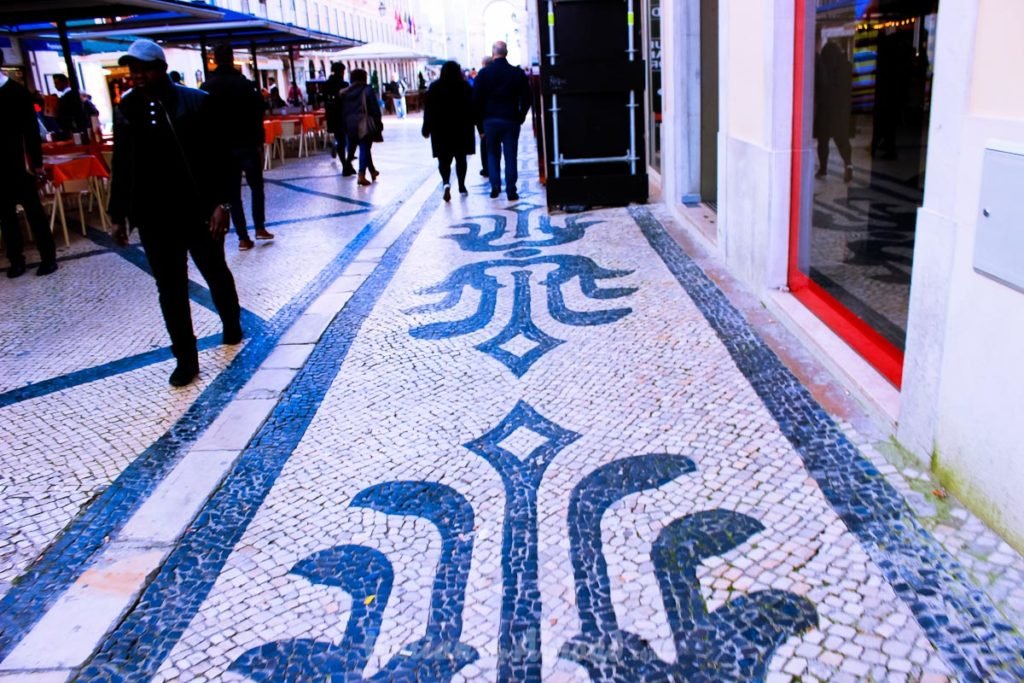 Are you planning your next trip to Lisbon? So, you need to know that before Go.

You are going to walk on a museum stone pavements, it is known as “Calçada Portuguesa”. Even if it is beautiful to see and walk on, it is dangerous as well because it is extremely slippery.

Top Tips: Don’t walk on it with high heels, do it just if you are an expert.

A lot of Portuguese shops doesn’t accept credit cards, so always have cash on hand.

There is also some street market, where the Card or in-Portuguese card are not accepted. Be careful in the crowded spot, and in the bus and tram of the city, there is a lot of pickpocketers, ready to get your light. 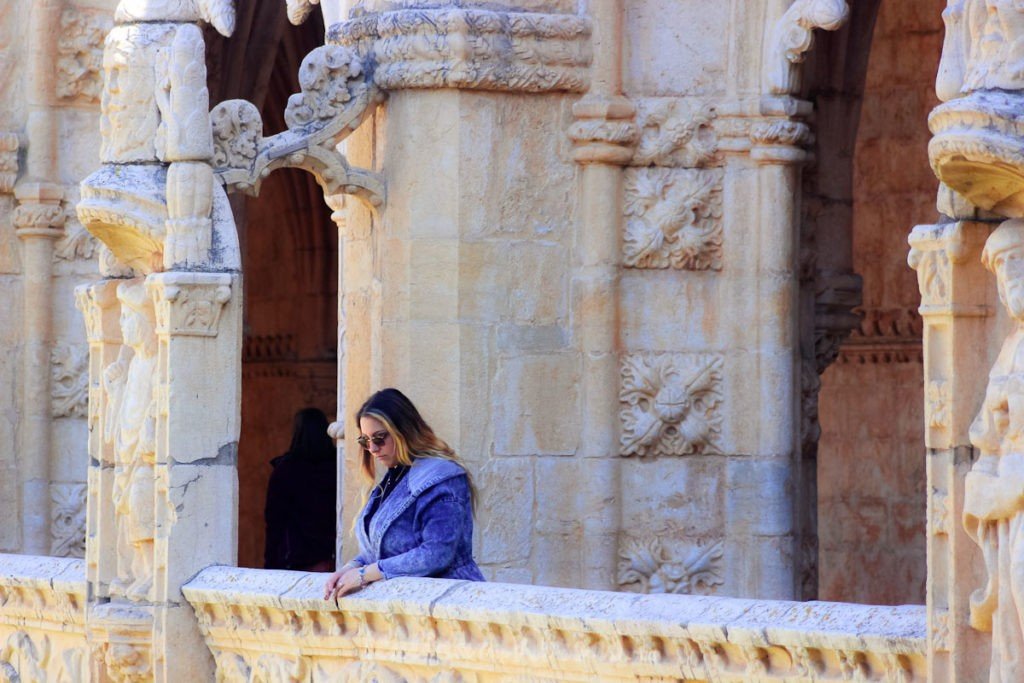 Obviously, the best month to go to Lisbon and enjoy the sun and the fresh sea breeze is in Summer, or between May and August. Lisbon is one of Europe’s sunniest capitals, with more summer than winter.

There is a low volume of raining along all the year, for sure much better than London. In the summer more than the weather is the music and food festival to attract you.

There is quite a lot of festival on a weekly base in all Summer. If you love photography you cannot miss our guide to the best photo spots in Lisbon.

In summer, or with good weather you can enjoy the beautiful spots in central Lisbon, the outside table in the city centre, the Lisboêtas flock to alfresco bars and restaurants. There is no the busiest month, Lisbon is crowded year-round. Another place to visit in the Portoguese capital is Pink Street.

There are some significantly prices drop for your accommodation during November to February, the coldest months, but even that the weather remains quite mild, at this time you can enjoy this place on a budget without regret a good sunspot. 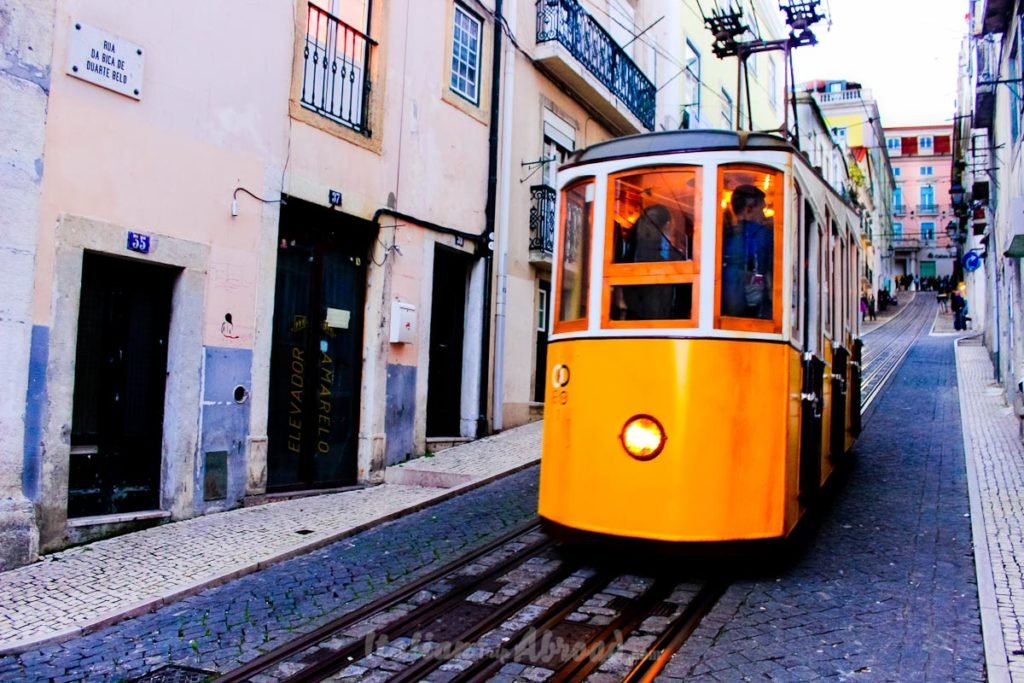 Plan the holidays in Lisbon is relatively inexpensive, the Capital of Portugal is going well in Tourism investment. It is attracting a lot of cheap flight company to land in Lisbon.

You can reach little pearl on the Ocean from everywhere in Europe with the major airline companies like Ryanair, Easyjet and the Portuguese TapAir.

From the US you can go easily from San Francisco, Miami and New York. Like always if you plan on time, you can find good offers. The way to get from the Airport to the city centre is easy.

There is just one main civil airport in Lisbon and it is well linked to the city centre.

There is a good range of opportunity for commuters in Lisbon, from the city buses to the ancient but really suggestive Trams, funiculars and elevators.

There is also a Metro, but if you want to take a usual choice, respect other European Capitals, we suggest you go for the Tram.

The company operating in Lisbon is the Carris, the price is of 1,30 euro or 2 euro, you can ask for a day pass, it will cost you around 7 euro for all the transports.

The metro system of Lisbon is the “Metropolitano de Lisboa“, the ticket run from 1.60$ and it is really articulate in every part of the city.

There is a good system of Taxis and Uber in the city, due to the pendency of the hills, and the small streets, it is really worth to get on the top with the Tram, so you can use somewhere the Funicular, or ask for a local TukTuk, it will give you a suggestive view on the top of the Miradores with a city guide. 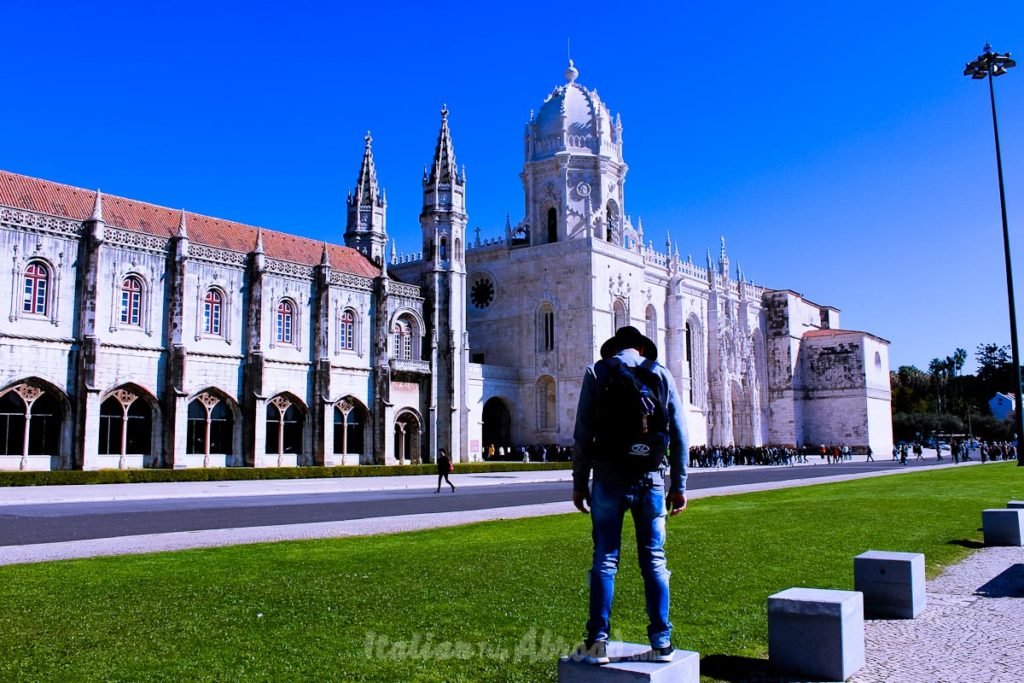 We tell you already how Lisbon is awesome? Yes, of course.

It is one of the most attractive Unesco sites in the World. Cousin of the closest Spain, for years the hidden gems of Portugal have been under the shadows of Spain. The rest of the World is looking now after Spain on the left (or right side, depending on which part of the World you are now).

Lisbon has a good incredible number of Unesco monuments and sites.

The part of Lisbon with the riches concentration of attractions is Belem, on the opposite side of central Lisbon. In this area, there is the Tower de Belém, the Monastery dos Jerònimos, the Museu Colecão Berardo (this one is free to visit).

The “Convento do Carmo” is one of the best attraction of Lisbon, with its awesome and stunning Azulejo will rape you in an Ancient World.

It is another Unesco Sites in Lisbon, in the heart of the city, placed in the homonym Largo do Carmo show you the ruins of an old convent.

The skeletal ruins remain of its Gothic arches are one of the most beautiful things to don’t miss in Lisbon. It remnants of pre-earthquake Lisbon. From that place, if you continuing your way up, you are going to a Miradores, where you can look at Lisbon from a nice position.

If you want to take a break, stop in one of the bars in the main square, there are also a couple of kiosks where take a nice and fresh Sangria. 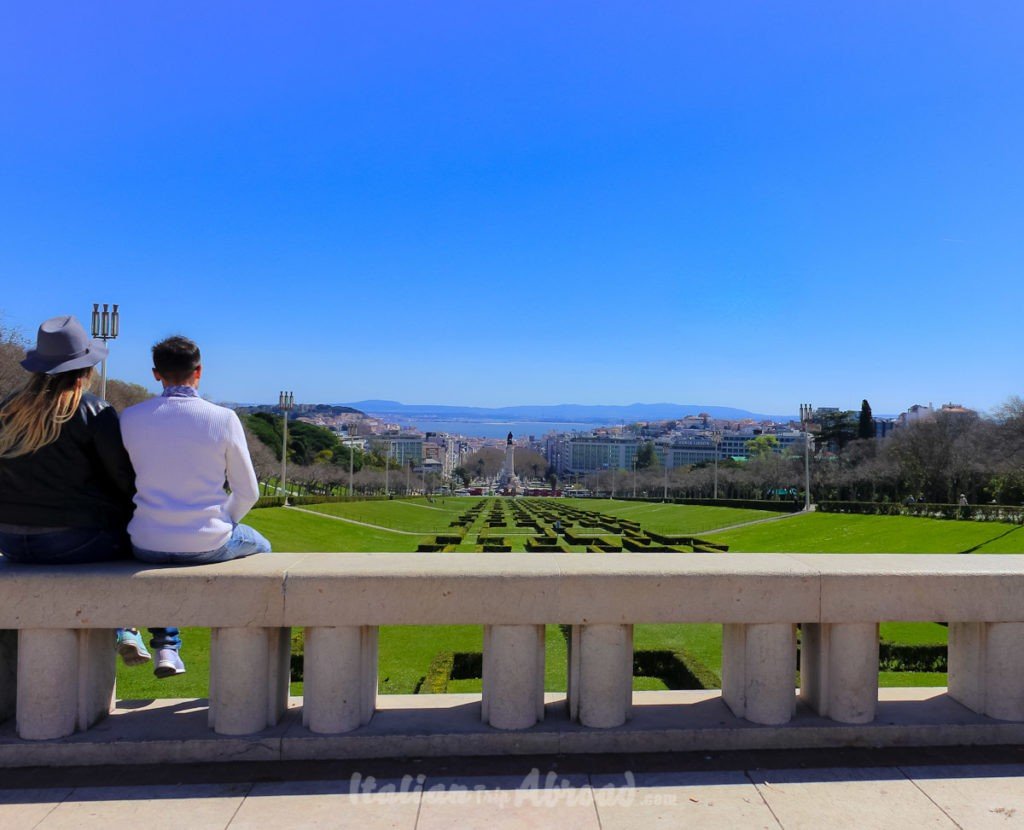 The 11 hills of Lisbon and the miradores

Lisbon is a city with a lot of hills, almost all inhabited and rich of ancient and narrow streets really suggestive.

One of the best point where view all the city is the Barrio Alto, one of the Borough of Lisbon most characteristic and gorgeous. This Borough is rich in restaurants, bars, cool alleyways and rooftops.

There are a lot of Miradores, the Portuguese Terrazas. Another famous borough of Lisbon is the Alfama, most known as the old poor borough, now completely reorganized, it could be really crowded, but really suggestive.

Stop yourself at one of the entrances of the houses and be raped by the azulejos.

For sure you don’t want to lose the chance to see all the best azulejo-tiled architecture of Lisbon, so, why don’t take a ride on the historic Tram 28.

But the city’s sheer abundance of gorgeousness, from azulejo-tiled architecture and stone-walled restaurants and bars around the atmospheric alleyways of Bairro Alto to the rust-orange wave of Alfama‘s mazelike mélange of rooftops, will leave visitors planning their next trip to Portugal.

The ride will cost you just 2.85 euro, a really cheap tour guide to the best of Lisbon.

The tram will start its ride from the Basilica de Estrela and go through the narrow streets of Baixa and upon the Hill of the Alfama and Graça.

The tram is the original running since the 1930s, renowned in few parts and in constant movement through the capital streets.
When it crowded be careful, there are a lot of pickpockets waiting for you. 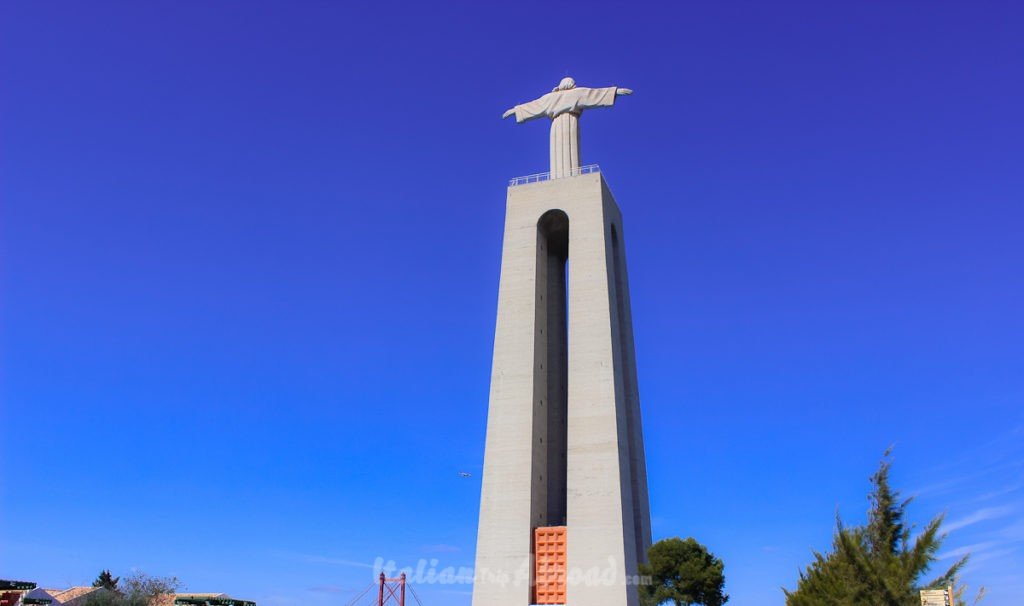 On the opposite side of the centre of Lisbon, close to the Almada’s Borough, high to the sky there is the Cristo Rei, it is inspired by the Southamerican Cousin in Brasil, in Rio de Janeiro.

The statue is high more than 28 mt with a base of more than 80 mt. With just 2 Euro you can take a lift to the top and have a beautiful skyline on the Bridge 25th Abril and on the City and the Rio Tago, the Thames breaks in two-part Lisbon.

Lisbon is a nice to discover, but around the Capital of Portugal, there are many place worth to be visited as well. From Lisbon, you can have a great day trip to Algarve. One of the best places to visit there is Benagil Cave. The Algar de Benagil, the name in Portoguese, is a spectacular sea cave. The access is not easy, but we will assure you, that it is one of the best experience to do in Portugal.

9 thoughts on “When to visit Lisbon. Portugal Capital best attractions, transport and places to go.”