How to spend one day in Porto – Portugal

Porto is synonymous of great food, friendly and helpful people, and authentic charm.

Have you ever been there? It was our first time in Portugal and our destination was only Lisbon but we change our plans, like always and wee rent a car and we went to Porto.

This is our personal guide to Porto, what you must see and don’t miss anything.

Here you will find our personal travel guide on how to spend one day in Porto. 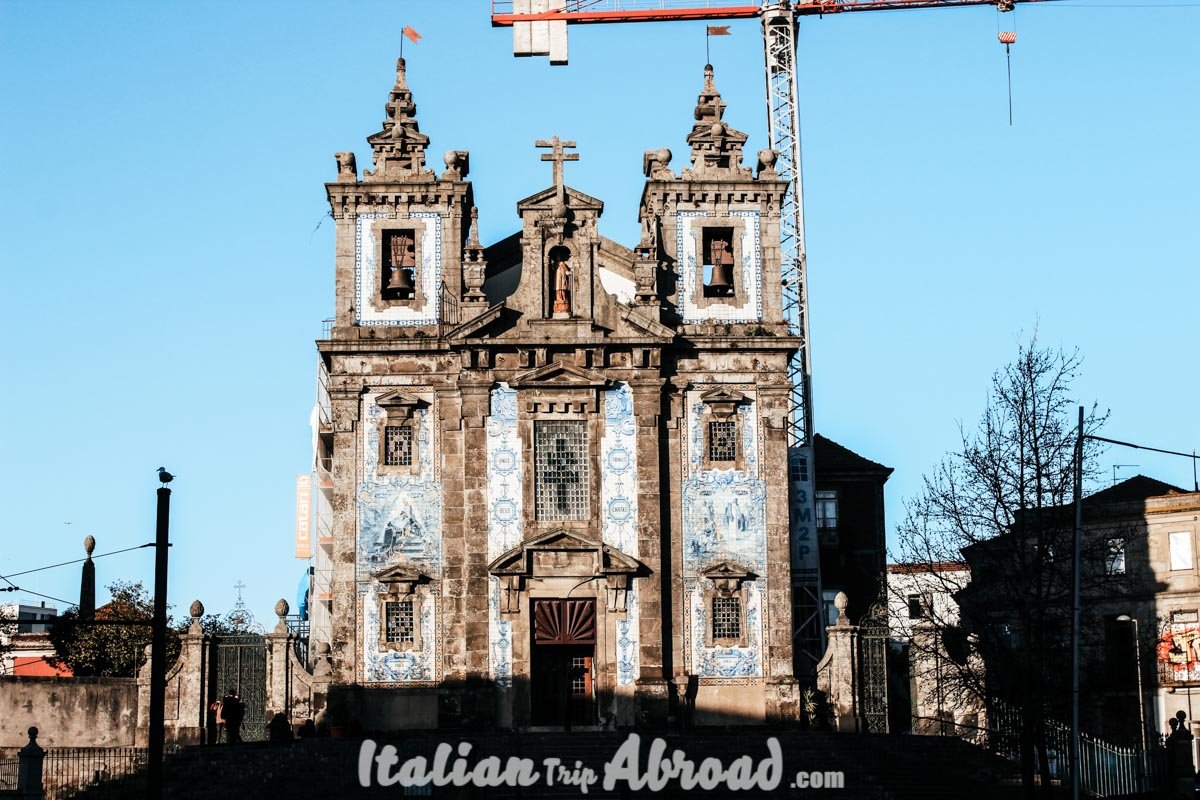 Our day trip in Porto it wasn’t planned at all. We drove from Lisbon, passing by Fatima, Aveiro and finally arriving in this magical city, and we will tell you how to spend one day in Porto.

Cais da Ribeira – How to spend one day in Porto

This is one of the oldest districts of Porto, with very traditional architecture. A chaotic and great fun to explore, Porto’s riverside area is a very picturesque piazza.

There are bars and restaurants around every corner, and these line the riverside walk too.

You’ll have a perfect shot of the iconic Luís I Bridge from here, which even by night is really nice to take some shot, and if you duck through the arcades, there’s a confusing maze of steep streets and stairways between pastel-painted houses in varying states of repair.

The Cais da Ribeira has been spruced up a little in the last few years and information boards have been installed to tell you about this district’s characters and businesses when it was Porto’s hive of commerce. 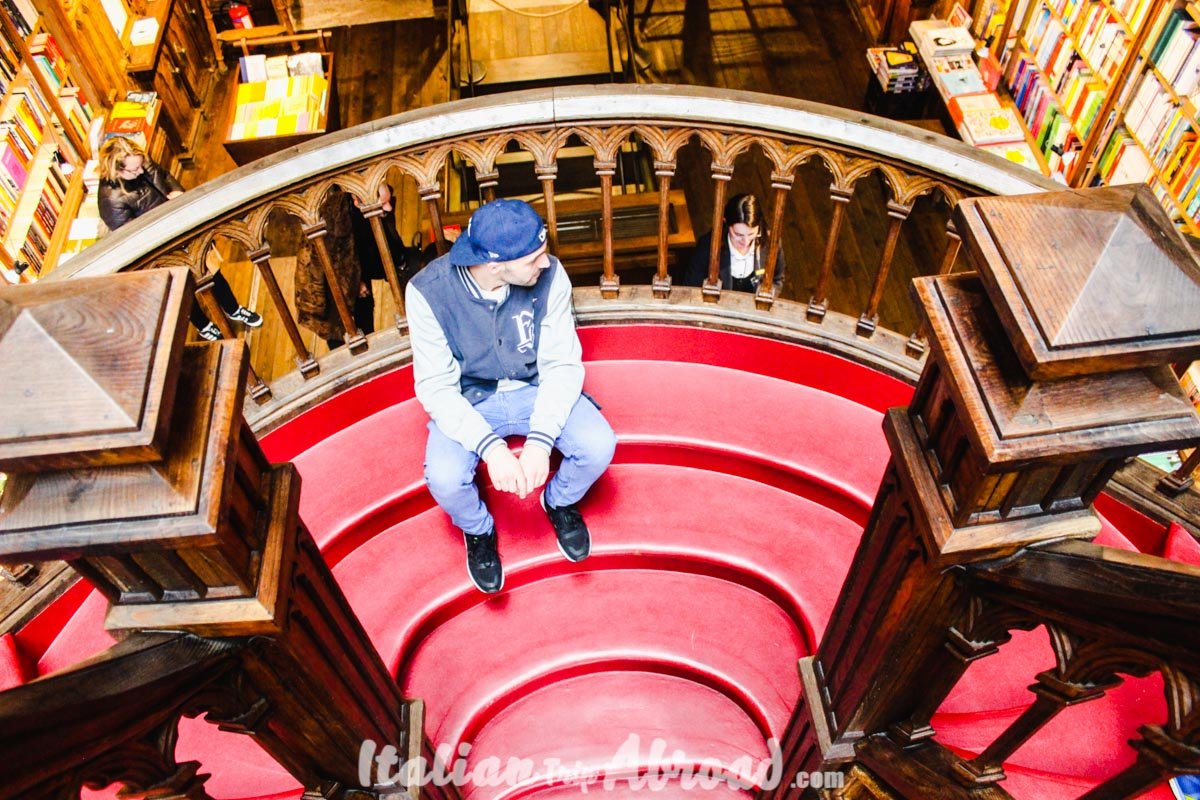 If you are passionate about books you are in the right place. This was in our top list of how to spend one day in Porto. Livraria Lello is the place where the author of Harry Potter took inspirations, where you can buy the ticket for only 4 euro, and you can have the same amount like a discount for buying a new book. Add this place on the top of your list of things to do in Porto. 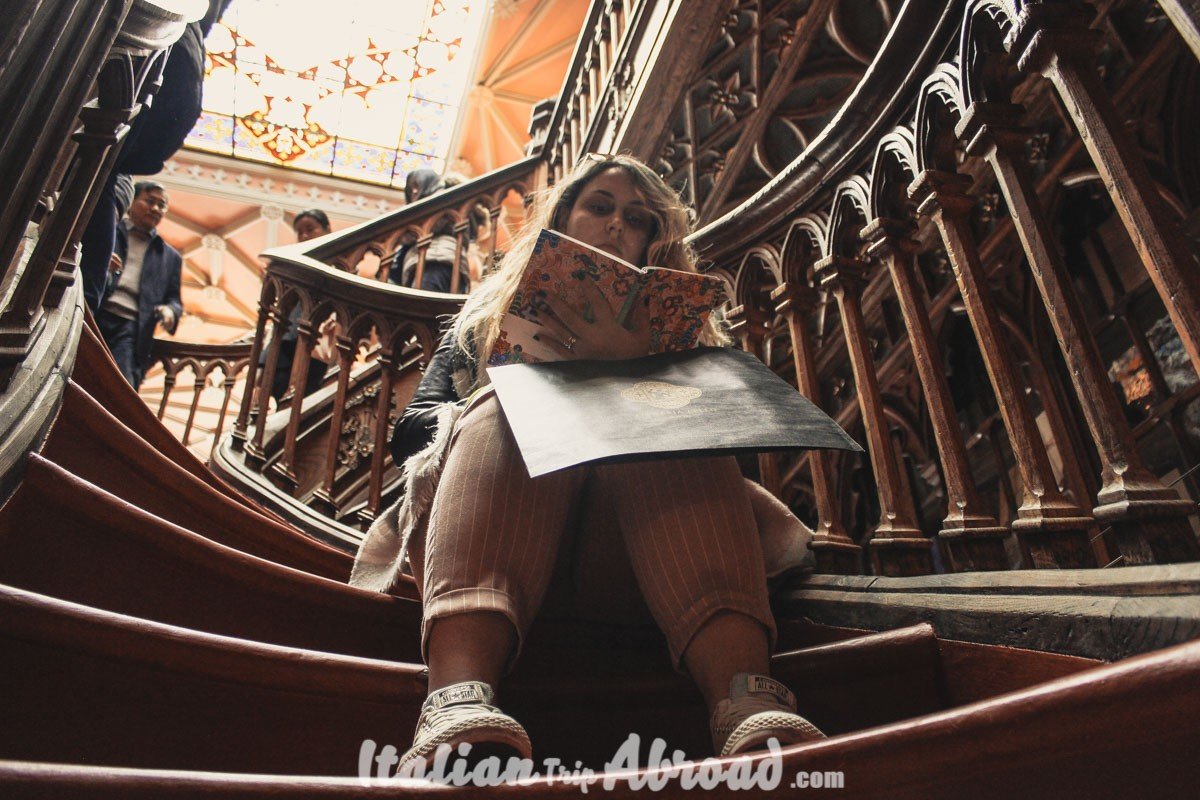 Amazing no? I love to read and this was one of my favourite places,  I spent more than one hour looking around and of course, I end up to buy a book and to make a nice picture of Toti seating on the huge red stairs. 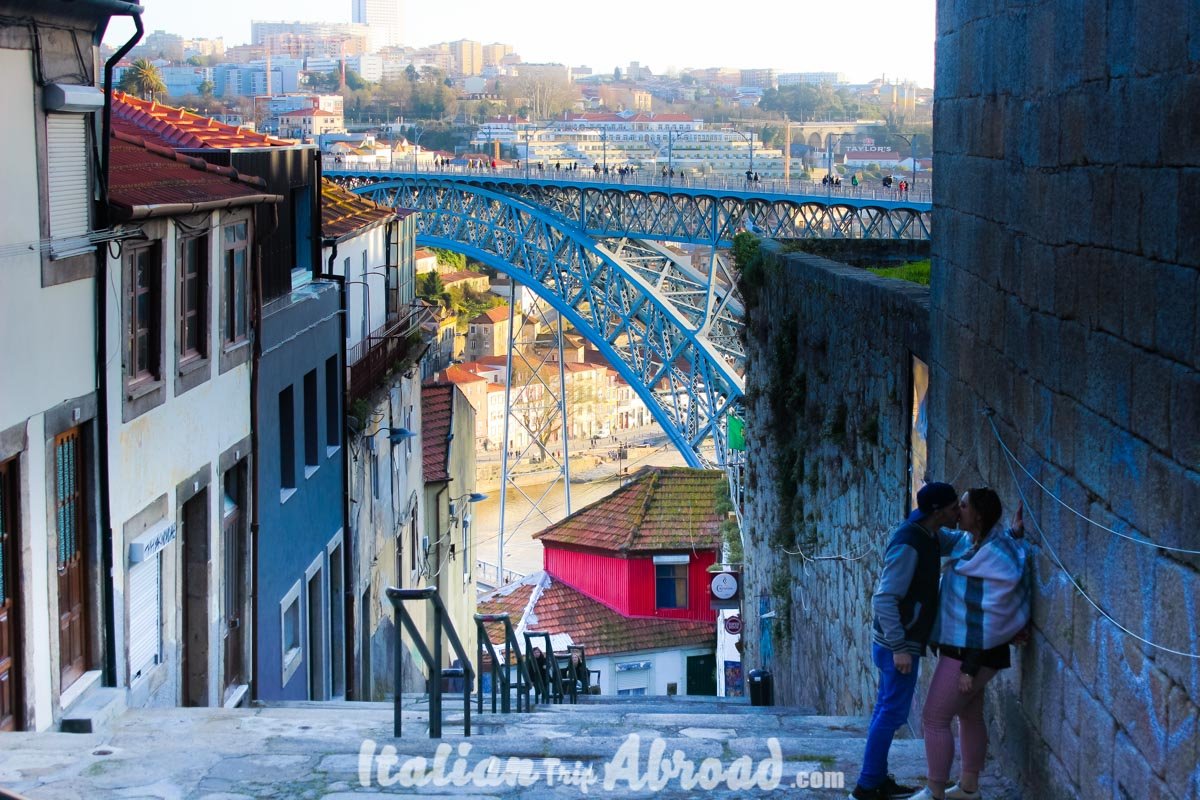 An industrial symbol for Porto it was conceived by the German engineer Théophile Seyrig who co-founded the Eiffel Company.

The famous monument offers a privileged view of the houses of Ribeira do Porto, but also, of the Cais de Gaia, the Monastery of Serra do Pilar and the famed Porto wine cellars. 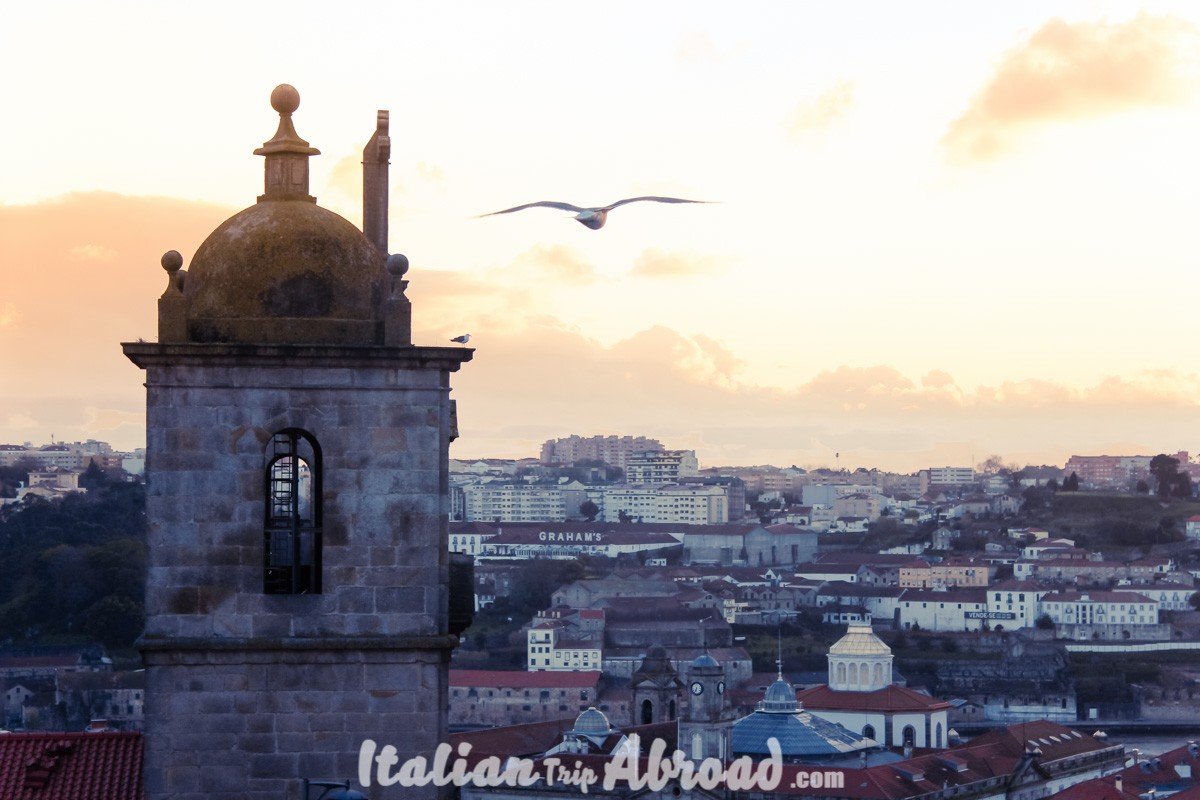 Palacio da Bolsa – How to spend one day in Porto

It’s one of the most important monuments in Porto and it needs to be one on your top list when you visit Porto and it’s on the “World Heritage Site” list by UNESCO.

It’s a historical building with a neoclassic style.

If you want to visit Palacio da Bolsa you can buy the tickets online, which are not very expensive, for an adult the cost is just 9 euro. 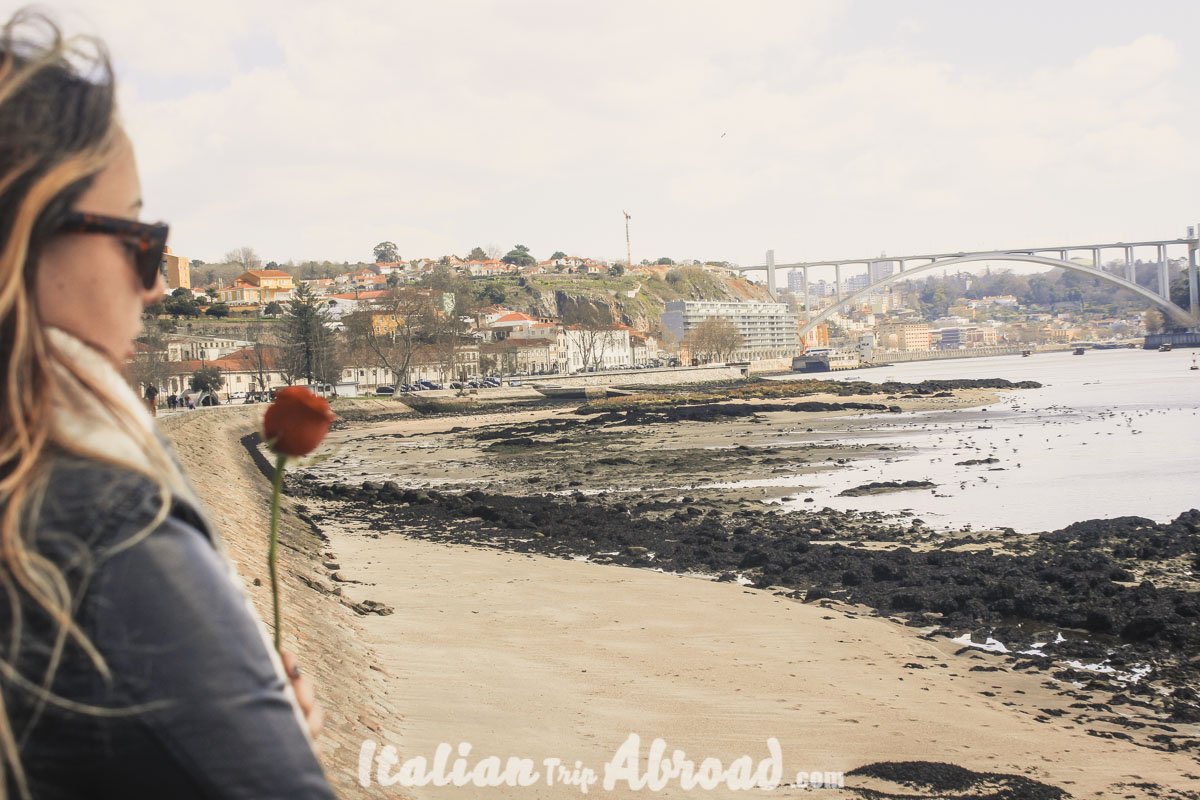 This Piazza is the most important one in Porto to communicate with Old Porto and Modern Porto. The square is located in the city centre, close by Torre dos Clérigos.

The idea of making this a square was to build something monumental and to keep up with other European cities urban development.

This is where the locals go to celebrate any football victories, to protest against the Government and any other important social gathering, but sometimes it gets very packed!

The grand open spaces of this square and boulevard in Santo Ildefonso feel a world away from the narrow streets of the Cais da Ribeira.

If you have time you can Visit São Bento train station which is close by and you can take some really nice pictures. 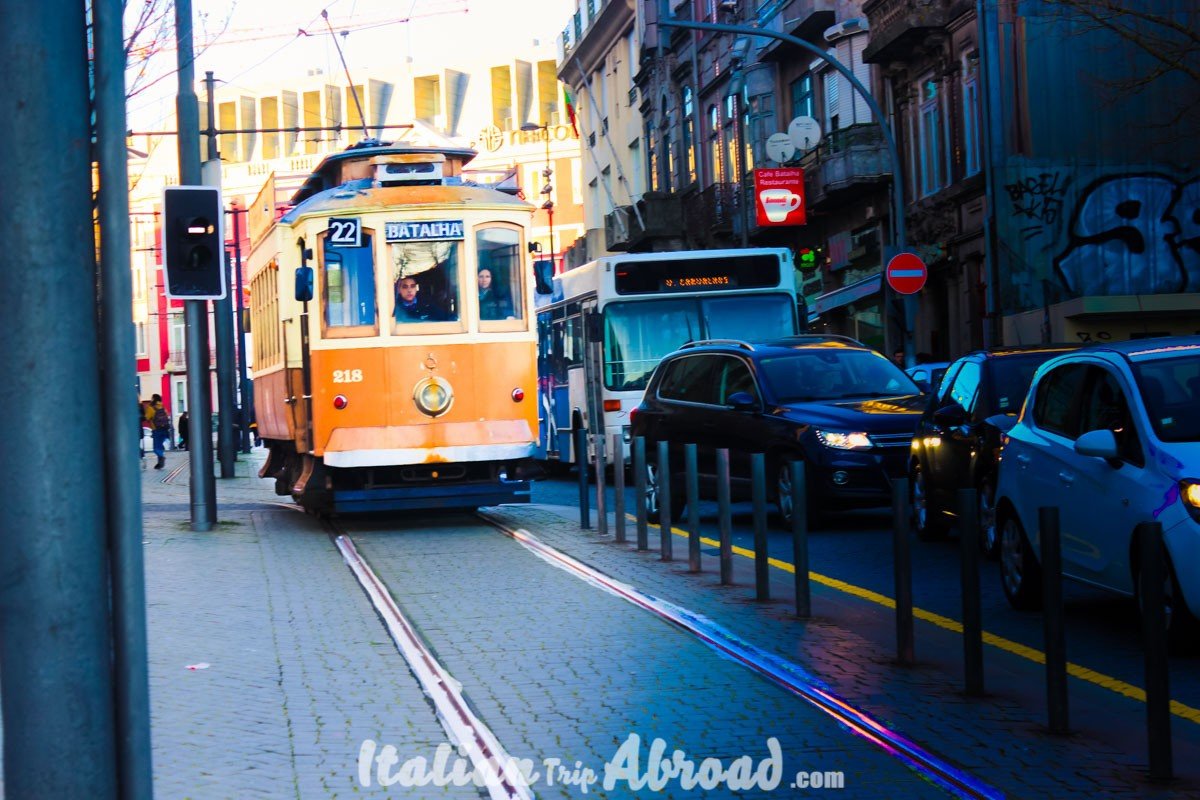 Casa da Música was built to celebrate the year when Porto was the European Capital of Culture.

When Casa da Música was built, it was very controversial, to build this monument, the ancient terminal of the trams of Porto was demolished.

The building of Casa da Música doesn’t really match any building in the surroundings. In fact, it is even taller than all the building nearby.

A treasured modern addition to Porto’s cityscape, the Casa da Música is a concert hall that opened in 2005. Dutch architect Rem Koolhaas oversaw the design along with high-tech scenography and acoustics firms.

This is one of the rare music venues that is also worth seeing when nobody’s playing. 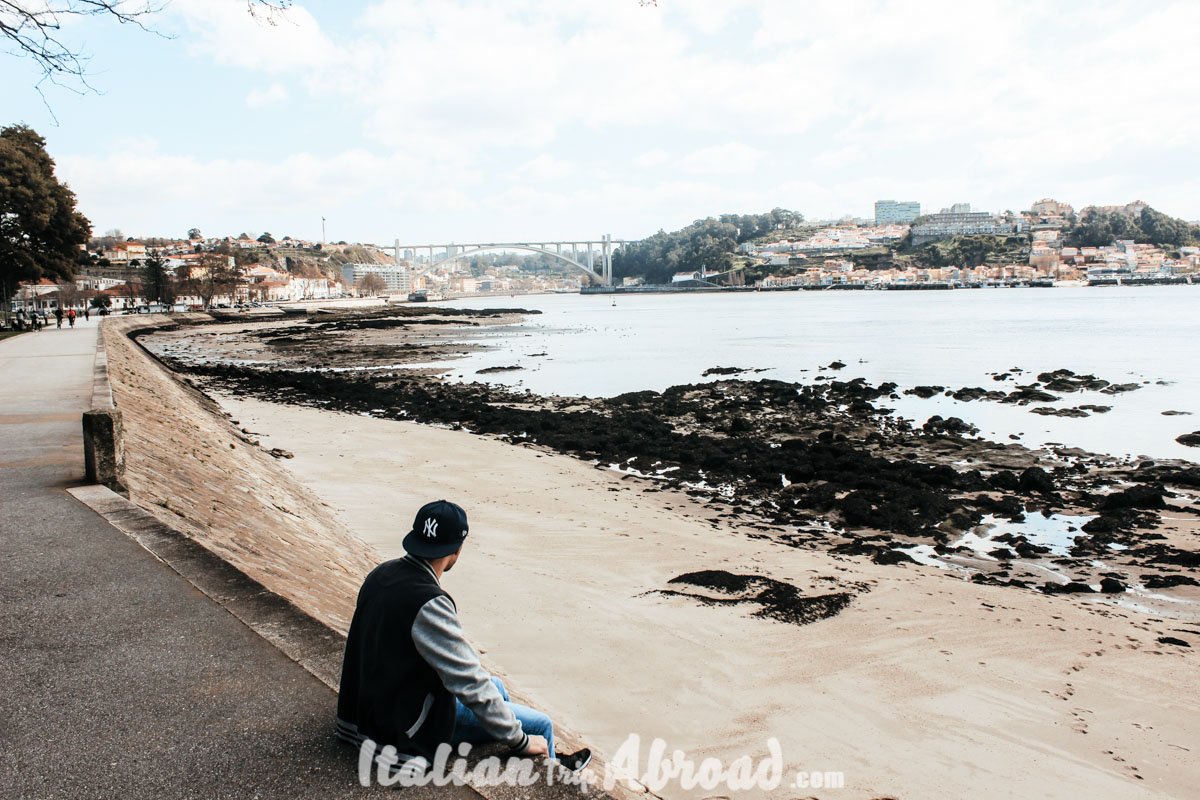 Foz do Douro – How to spend one day in Porto

Foz do Douro is where the River Douro reaches the Atlantic Ocean to the west of Porto.

Formerly a port for fishermen, Foz do Douro is now an affluent, gentile suburb with some pleasant beaches of geological interest, though the water remains cold for swimming.

At the southern end of Foz do Douro is the chapel lighthouse of Farol de São Miguel.

To blow away the cobwebs make for the Foz do Douro, a trendy district where the Douro enters the Ocean. To fully discover Porto and its history you must go to Foz do Douro.

Facing the Atlantic you’ll be struck by an incredible quality of life, the utmost romantic walks where every evening sun and sea merge into one spectacular climax.

There’s a long promenade with palms and pines, and a pergola that you might recognise if you’ve been to Nice. 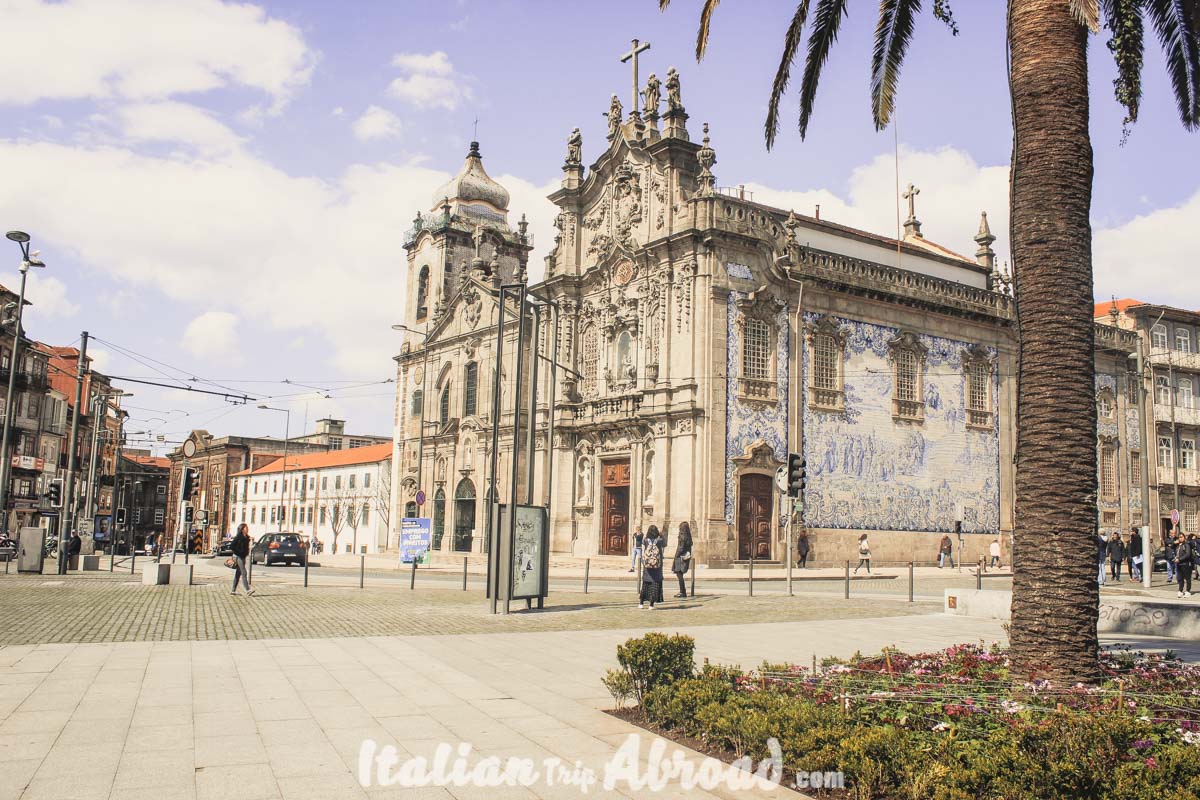 Built in the highest point in the city,  the Sé Cathedral is the most important religious building in Porto, which it has been declared a National Monument and it is situated in the upper part of Porto.

The Cathedral is in Batalha, very close to the walls that once protected the city. The building looks a bit like a fortress with crenels from the outside.

The construction of the Cathedral began during the twelfth century, but it was rebuilt and renovated numerous times over the centuries and this explains why the Cathedral is a mix of architectural styles. 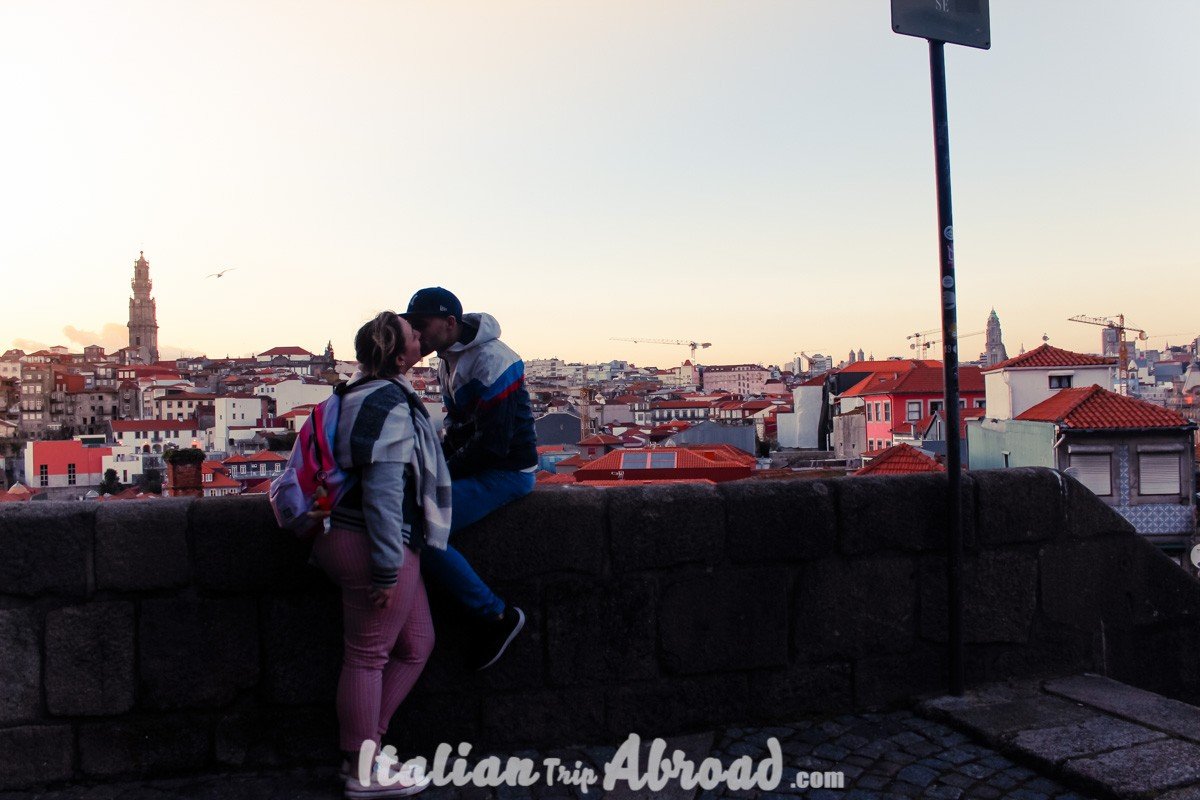 The temple is predominantly Baroque in style, but you will find a mix of Romanesque and Gothic style.

Inside, the large pillars make the nave seem narrow with a high ceiling. It has a restrained decoration with bare walls and only the high altar and some of its chapels are decorated in a Baroque style.

If you want to visit the Cathedral it’s free of charge but for the cloisters, it’s only 3 euro.

We really enjoy our time in Porto, completely different from Lisbon but both of them beautiful.

If you are planning your trip in Porto and then Lisbon please do let us know which one is your favourite because for us will be always Porto.

Many day trips from Porto

Discover the countryside of Porto is a good idea for your holidays in Portugal. The most amazing landscapes are just among the grape trees on the hills of Porto. From the second city of Portugal, you can easily reach some of the most awesome places in the Douro Valley. The World Heritage Unesco Site is a must do. A Douro Valley day trip from Porto is our best tip for your next holidays in Portugal.  The most popular day trips from Porto over the Douro Valley and the Wine tasting is Braga and Guimarães than you can pay a visit also to Aveiro and Coimbra. The first, Aveiro is called the Portuguese Venice, due to the canal that going around the city with the typical Italian Gondola, revisited in Portuguese tradition.

Why you should book a cooking class in...

15 Reasons why is worth to visit Naples...

Where to find the best Ski Chalet in...

Best attraction in Copenhagen, what do you need...